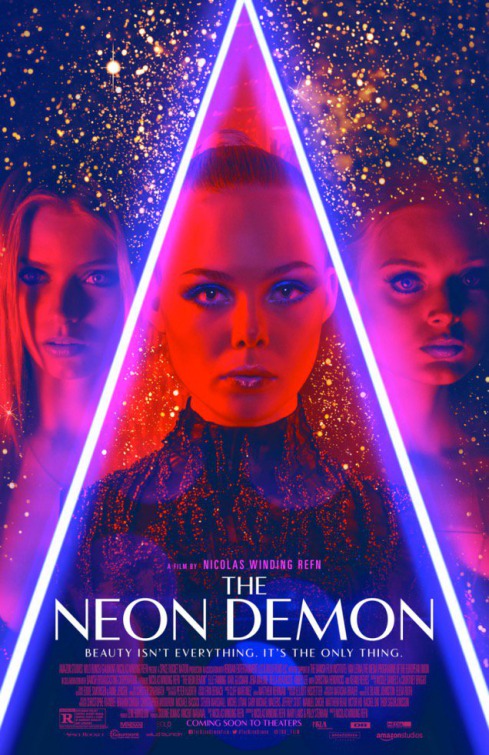 Jesse, a young beautiful girl, arrives in Los Angeles just weeks after she turns 16 to pursue a career as a fashion model. She befriends a makeup artist, Ruby, that takes Jesse under her wing and introduces her to a few other girls in the business. Shortly after her arrival in Hollywood she gets picked up by a modeling agency and quickly becomes the talk amongst the local models as stiff competition. As Jesse makes her way into the industry her innocence is swiftly shed once she takes notice at how everyone wants to sleep with her and the other models want to be her. Soon Jesse becomes the target in more ways than one. 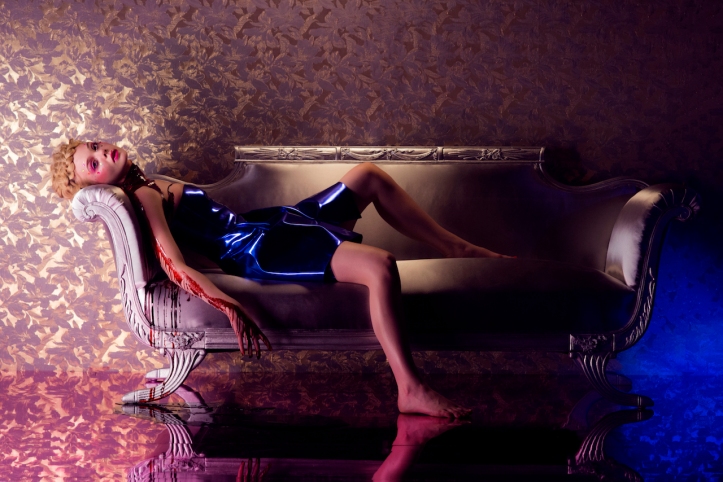 This is not a film meant for the masses. This is an artistic piece and with that being said let’s start with what works for this film – much like the main character, it’s beautiful. The Director – Nicolas Winding Refn’s vision is stimulating and intriguing and the minimalist yet futuristic aesthetic is simply stunning. Sprinkled throughout the scene transitions tantalize the eyes of the viewer as you are continually drawn through one to another. The set designs, although nearly bare, focus your attention on the characters. The overall aesthetic is polished, attractive, and simple. In addition to its outer beauty the film’s score and soundtrack also please the ears and bring an extra added sense to each scene.

What do not work for this film are the story, character development, and dialogue, which are the main ingredients for any successful film. Without a combination of each the film comes across aesthetically pleasing but vapid like its model characters. It’s frustratingly artistic and would do much better given some kind of marketing that would set the tone going in. During the opening scenes of the film you are drawn in by the up and coming ingénue actress Elle Fanning, who gives a solid performance as the young fresh-faced girl trying to break into a cut throat industry. However, the remaining cast of characters is made up of lackluster attempts at mimicking every other model/fashion related film out there. Sickly skinny and passive aggressive young women playing catty but with a dark twist that is certainly uncalled for and unnecessary. 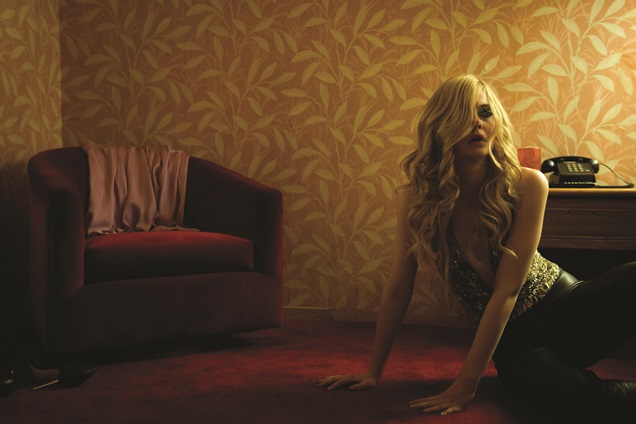 The lack of dialogue and heavy handed visual effects paints a picture the viewer is forced to decipher for themselves, but the true underlying message is so apparent and shrouded in shock and awe attempts. For the average movie-goer whom might stumble into this film due to lack of promotion and understanding of what they are getting themselves into will be frustrated and honestly disgusted by awkward necrophilia, cannibalism, pedophilia, and even scenes of rape. This film will surely not be well accepted in mainstream movie houses but may have a second chance at life in art/independent theaters instead. Skip the box-office and please think twice about even taking the time to rent or view this at home. You won’t get your almost two hours of life back.

The Neon Demon is rated R for disturbing violent content, bloody images, graphic nudity, a scene of aberrant sexuality, and language and has a 117-minute run-time.