After high school the lives of the most popular kid and the nerdy laughing stock of the school lead drastically different lives. The all-around good guy that was voted most likely to succeed, Calvin Joyner, is living in a stagnant mediocre existence and begins to question his life choices. Just days before their twenty-year high school reunion, Bob Stone previously known as Robbie Weirdicht, reaches out to Calvin in an attempt to reconnect with his idol. Calvin agrees to meet up for drinks but as they hang out and catch up things make a turn for the weird as the night progresses. The next day Calvin is confronted by the CIA at his very doorstep and is questioned on his allegiance with Agent Stone. Calvin struggles with his loss of confidence and need for excitement as he goes on a wild and life threatening ride with his old acquaintance. 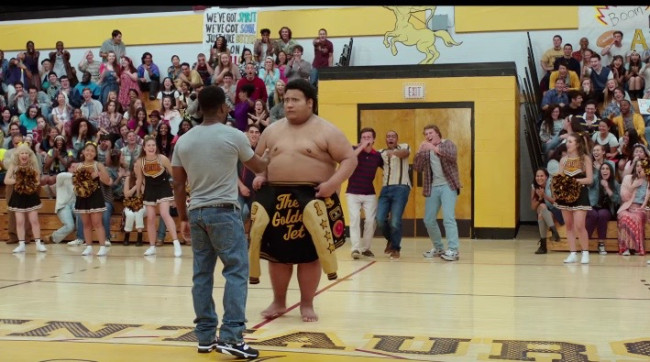 Let’s start with the general story and plot – the idea that two completely opposite characters are hilariously thrown into a situation that requires them to join forces in order to save the free world, is over done. This film doesn’t just take on one cliché comedy plot line but doubles down and throws in a law enforcement story where a civilian and CIA agent become a ragtag team of conflicting misfits but somehow wittily scathes past gun shots, explosions, near death events and saves the day. In addition to the overdone concept there is a continuous flip-flopping where the Director/Screenwriter – Rawson Marshall Thurber tries to pull a fast one and throw the audience off the scent of who could be the bad guy and is the good guy really good. By the beginning of the third act the constant shifting and back and forth gets tiring and far too confusing that it doesn’t even matter which character is bad or good. You almost just want the film to wrap it up already.

Which brings us to the acting. This is not a funny comedy movie but instead is a comedy movie with funny parts. Calvin Joyner, played by Kevin Hart, is absolutely hilarious because Hart does what he does best. Act like himself and he does a great job. He’s funny just like he is in every other film he’s in because of his dedication to his one solid character – Kevin Hart. Robbie Weirdicht, played by Dwayne Johnson, on the other hand is an entirely hot mess of a character. Instead of sticking to what he knows best, Johnson tries his hand at character acting and does a poorly overcommitted attempt at being the awkward fat-kid friend. He’s over the top and obviously trying far too hard which results in a poorly delivered and underdeveloped character. If it weren’t for Hart’s solid performance and superb comedic acting this film would have been a complete flop. 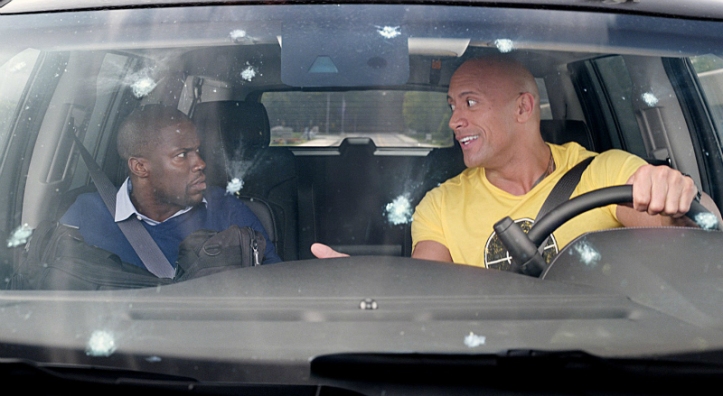 Overall Central Intelligence struggled with the story, but delivered with good action packed scenes to make up for the lack of substance. Some of the jokes landed soft laughs but rarely provided gut busting laugh out loud moments until the last 10-minutes of the film. Which was very unfortunate because with the decent cast selection, outside of Johnson and Hart, this could have been a real blockbuster comedy. Instead I think that given all the hype and over promotion it’ll be a blip between larger films like Finding Dory and Independence Day: Resurgence. For Hart’s short stature he did his best carrying this film while Johnson was the rock that sank it. Skip the theater and rent this after summer when you need a decent chuckle this fall.

Central Intelligence is rated PG-13 for crude and suggestive humor, some nudity, action violence and brief strong language and has a 107-minute runtime.